A Visit to Nigeria

As many will note in the format change for Restoration Radio this season, we have moved towards a course-based format that focuses on consecutive episodes of one show released over a single month, rather than an entire season.  This also necessitated a change in how we recorded our work, as it made more sense to work through a group of episodes with our clergy in person, rather than the virtual recordings we were often doing by necessity.  That's how I found myself in Nigeria some months back, working with Fr. Bede Nkamuke on the Sacred Scripture episodes that were released this season.

I was privileged to work with Father even before he was a priest.  I posted an interview of him when he was a deacon as well as an interview with Fr. Larrabee, who had been kind enough to visit Nigeria while Father Nkamuke was still undergoing formation.  I also was present at Fr. Nkamuke's priestly ordination in Florida (you can find photos of the ordination here and here, as well as his first Mass here).  I never imagined, as I listened to Father Larrabee describe his trip to Nigeria, that I would actually get to visit Father myself and see the apostolate in action.  I've thankfully been able to add two new videos, one in which Father Nkamuke describes his mission circuit as of Spring 2018 as well as a short interview with the seminarians currently at Our Lady Seat of Wisdom House of Studies in Lagos, Nigeria.  The group has grown exponentially since Father's visit, as you can see by this photo taken on the Sunday of my visit. 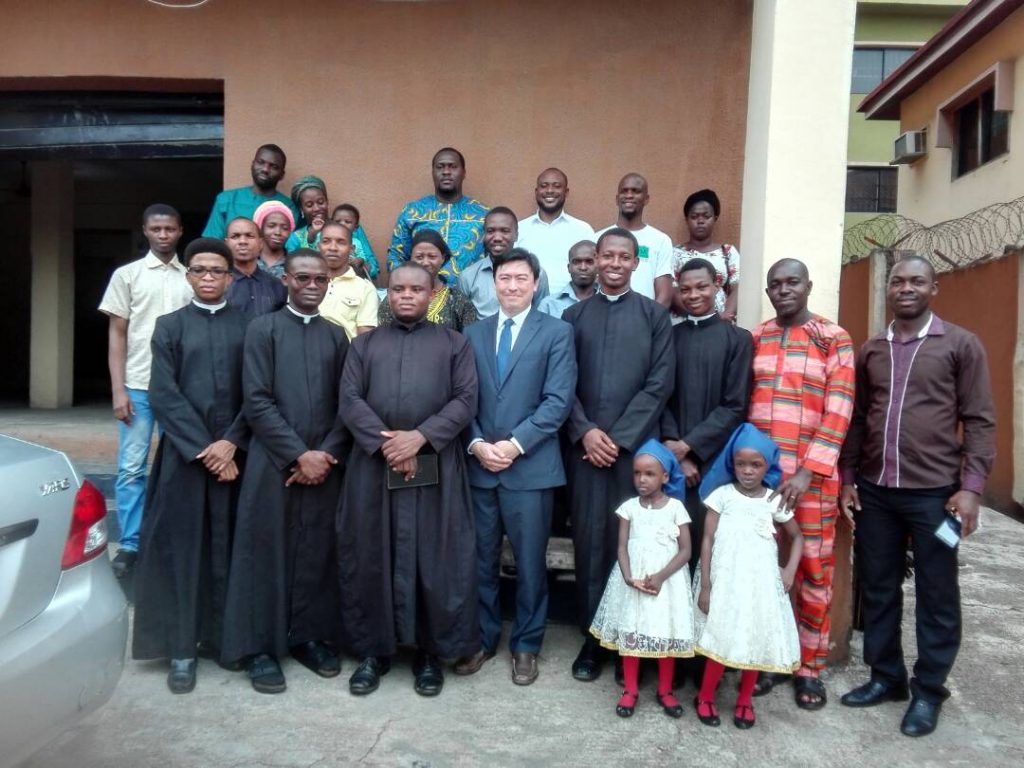 Even this photo doesn't fully represent the congregation, as at least 8-9 were away in bereavement for a death and funeral that had happened just a few days before in a different state for someone who was a core part of the apostolate in Nigeria.  His loss will be felt for some time.

What I was most touched by was the joy and seriousness of the congregation.  They only had wooden benches and no kneelers (only newspapers, which we used more to keep our trousers from getting dusty than for padding), and the lights and fans were powered by a generator, as Nigeria's unreliable power grid (which goes on and off without notice) cannot be relied on.  The same was true at the seminary, and while the seminarians seemed unbothered by the smell and noise of the generator, I immediately targeted one fix we could be part of: solar-powered lanterns that could be used in the seminary at night if the power went out.  This would save gasoline costs for the generator and eliminate the terrific noise it caused.  Several of the team here at TR personally donated towards these and as a company we donated the rest of the funds needed to buy a dozen solar lamps at a total cost of around $300 USD, including shipping, which have already arrived at the seminary and are being used by Father and the seminarians. 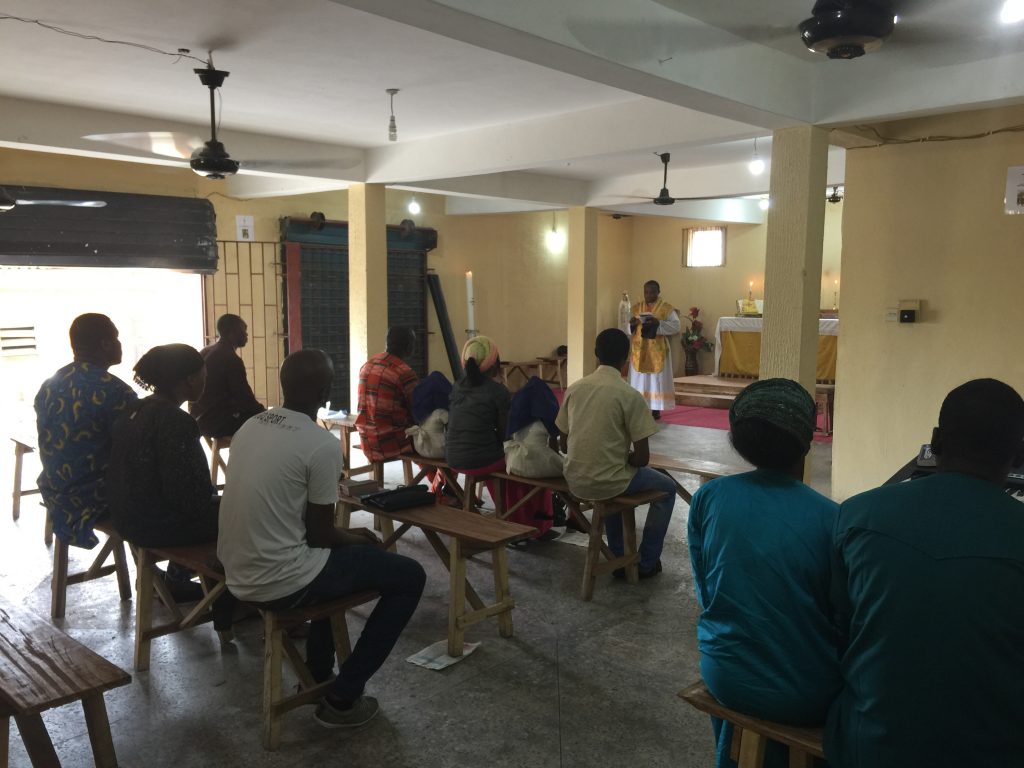 But that's only one thing that could be fixed.  There are so many larger issues in Nigeria, from infrastructure (most water out of the tap is not safe to drink or bathe in) to the economy (a decent paying job is hard to come by) to the Novus Ordo sect (the "clergy" of the Novus Ordo don't make it easy for Father to serve the chapels) that make establishing a traditional Catholic mission even more challenging than it already is.  So, to light a candle rather than curse the darkness, for our part here at TR we will be running a 30 day fundraising drive, starting July 1st and ending July 31st.  There are three ways you can contribute to this drive:

Thanks for taking the time to learn a bit more about the work of Fr. Nkamuke in Nigeria, and we hope that you will donate to this pledge drive at whatever level you can afford.