Very, very few things in this world can entice me from the comfort zone of my contented existence as a homebody, homeschooling mum here in “Nowheresville” Australia.

One of these rarities was the Annual True Restoration (TR) Meeting and inaugural TR Member Meetup which summoned me to Florida, on the “Far Side of the World,” this past December.

Imagining incurring the inconvenience and indignities intrinsic to international itineraries involved in this invitation, I intuitively imbibed the idea to include important items of interest in this incident in order to introduce indispensable increased insights. Having a brother and his family living in Cincinnati (Cinci), Ohio and given my affinity for the activities and members of Saint Gertrude the Great Church (SGG), meant that that city held the most attraction for an additional destination in USA.

Accompanied by my eldest daughter – who had arranged to visit the SGG and Most Holy Trinity Seminary (MHTS) affiliated convents, to get a better awareness for her possible vocation to the religious state – and after braving Customs, defying gravity for about 20 hours, enduring cattle class, travelling back in time (sans any Wellsian Sci-Fi devices) and surviving the TSA screening, I victoriously arrived in Cinci in November. Shortly after a cheerful Russian Trad-Dad kindly drove us to my brother’s house, I unceremoniously crashed into a deep slumber for about 14 hours before surfacing to embark on a three-week enterprise, living on adrenaline and an approximate average of 3.1257093648 hours of sleep each day.  Drip-feeding caffeine and consuming more scrumptious American food than any human should probably do in the course of a whole lifetime, likely contributed to the ability to persevere with this sleep-deprived odyssey.

Cinci is now synonymous in my mind with accommodating attentiveness and substantial late-night conversations with my brother, sister-in-law and sometimes my teen nephew, in their large, beautifully appointed, immaculately maintained and thoroughly-Catholic home, whereby we caught up, to some extent, on all the years of interaction of which we were regrettably deprived due to the tyranny of distance and duties of state. 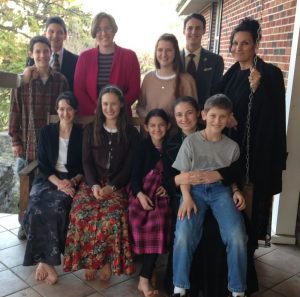 These extensive convivial chats were interposed with visits to SGG for Mass and other liturgical/sacramental functions, intimate dinner parties with a few of their friends (most notably Father McGuire, who holds the uncontested position in our household as my younger children’s favourite sermon-giver, largely due to all his video sermons), constantly being plied with irresistibly delectable victuals and beverages, a larger Meet-n-Greet party, tours of “points of interest” (POI), restaurant outings and twice experiencing a warm welcome into the lovely home of an endearing family of the SGG congregation, whom we were especially pleased to get to know. A brief encounter with the family of our new resident-priest provided me the desired chance to personally thank his parents for faithfully fulfilling their role in cooperating with God’s plan in His provision of this priest, who is so needed and appreciated in Australia. I just hope I somehow adequately conveyed, on behalf of the members of his congregation, how extremely grateful we are.

The highlights of the SGG visits comprise:

After Mass one weekday, we enjoyed a delightful private lunch with Bishop Dolan and Father Cekada – whom the latter sourced from a renowned local establishment – which so happened to be classic American fare that my late father used to often say how much he missed once he moved from the USA. In case you are wondering: it was a massive and delicious Reuben Sandwich; indubitably the biggest sandwich I have ever eaten in my life, and the first authentic Reuben Sandwich for both of us guests. It came with a side dish of a large potato-cake. His Lordship manifested a degree of surprise when I actually finished it all.

Welcome as such an occurrence as this luncheon was, it felt very strange indeed having these esteemed clerics provide us such solicitous hospitality, including serving us cups of tea. The tea made us feel very much at home but getting waited on by them with such undeserved “royal treatment” was a foreign and most unexpected experience to be sure! 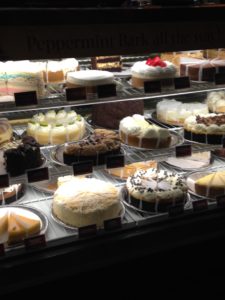 This being royally spoiled continued with a guided tour of the extremely ornate and exquisitely-adorned church, with its extensive collection of “rescued statues” (which someone likened to a statue orphanage) followed by that of the school (including briefly meeting Father Lehtoranta with his classroom of cute students and a lay teacher with her classroom of older pupils), libraries, sacristy, vestments and sacred vessels collections, the webcasting set-up used for the SGG live-streaming of liturgical activities, the external areas of the complex including the monastery-like undercover-paved-walkways surrounding an elegant courtyard, then even the private book-lined offices of both clerics. We didn’t go into the secretary’s office but the pleasant young secretary came out to greet us in the classy, old-English-style sitting area of Helfta Hall – which exudes a distinct sense of opulence – then took us out to the Cheesecake Factory for dinner with some of her family and friends. Before being whisked off to our restaurant outing I even managed to wedge in a brief, yet surprisingly in-depth, chat with a friendly lady whom I chanced upon in the hall.

The kindness, humble condescension and truly Christian charity shown towards us by everyone we interacted with, that day in particular, was very striking and left us with most favourable impressions and wonderful memories of the SGG Catholic community.

Cinci boasts in addition to SGG the HQ of “Novus Ordo Watch.” Hence, we were finally able to meet in person the owner-operator of that dynamic and informative internet-apostolate with whom I had collaborated in True Restoration projects and related conversations over recent years; thus, having formed a long-distance friendship as a consequence.  We were obligingly driven around parts of Ohio, Kentucky and even a smidgen of Indiana by this friend. The main POI that we were fortunate enough to be taken to, and toured, included the French-Gothic-style “Cathedral Basilica of the Assumption” with an interior modelled after St. Denis in France, boasting what is claimed to be the largest handmade church stained-glass window, and another exquisite church in Covington, Kentucky: named in German, “Mutter Gottes Kirche” meaning in English, “Mother of God Church.”  The only downside was that both these magnificent churches are now in the hands of the Novus Ordo establishment and therefore are being desecrated by Modernists.  We assuaged our feelings of holy outrage by lunching at “Five Guys Burgers and Fries” which is a fastfood chain not found in our country but is nevertheless famous here thanks to a youtube review that went “viral” some years ago. 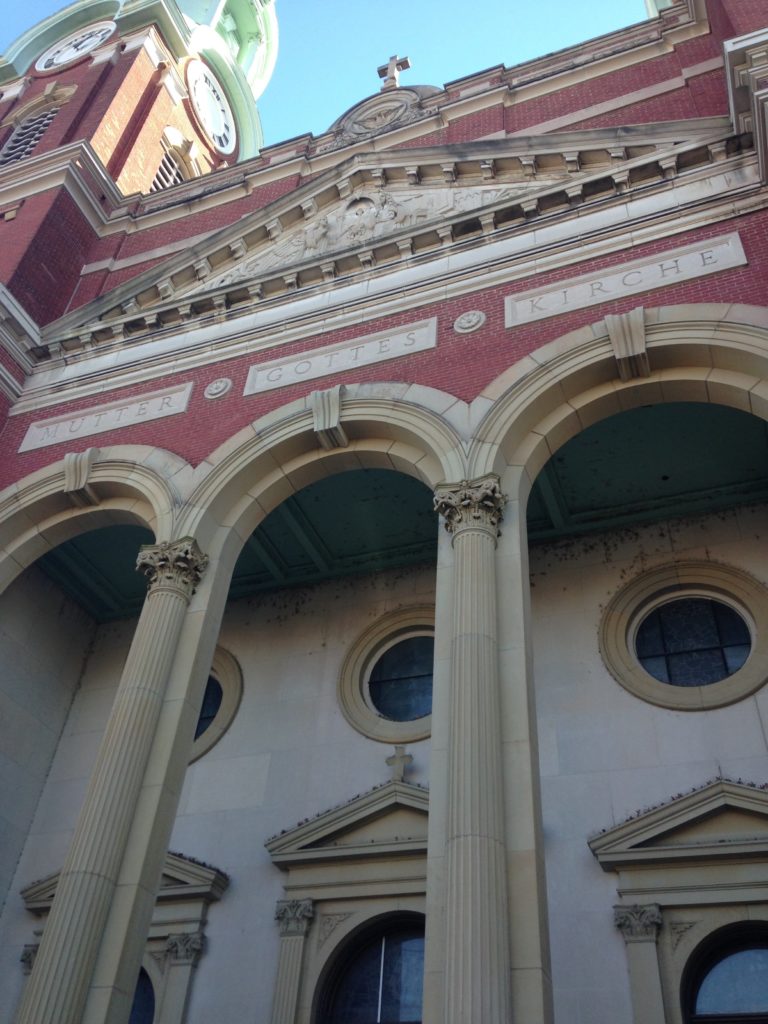