We are still in the midst of the manufactured crisis that began in March 2020, but people still seem to have the sense they can either predict what will happen next or how this will all end.  The truth is that we have no idea when or how this will end, despite completely reasonable desires that many have to try to bring certainty to the ongoing and indefinite uncertainty.

One of those uncertainties is in regards to the so-called "vaccines" and to what degree they will be required for "normal" participation in society.  Quite by accident, in January 2020 I recorded an episode of Pastoralia with Fr. Stephen McKenna of St. Gertrude the Great.  I knew that vaccines were a recurring topic and Father had watched some misinformation circulate the previous summer due to a priest who loves to hear himself talk; this priest is long on words and short on facts.  We thought vaccines were an important topic to cover, but had seen it as "evergreen" material, not something that would be so timely.  As such, not only did Novus Ordo Watch end up generously sponsoring that episode, but they sponsored all of the Pastoralia episodes of this season, which were entirely Covid-focused.

The message of all these episodes is simple: it is not immoral to take a vaccine.  The logic continues: you commit no morally heroic act by refusing to take one.  Taking vaccines is morally neutral.  But the question of whether it is prudent to take a vaccine is an entirely different question that very much depends on individual circumstances: such a question defies blanket statements and policies.

People, particularly in the United States, have watched chaos like they've never seen in their lifetimes in the last twelve months: government and media-encouraged "mostly peaceful" riots, questionable elections, transgender Cabinet officials, and more.  Many of the frustrated public are so desperate to "take a stand" that they brag on social media that they "don't ever wear masks" or that they would rather "die" than take the vaccine.  But such stands don't come from a Christian perspective.

As Christians we follow a law if it conforms to all four points of St. Thomas's classic definition:

One tactic that has been used by the Great Resetters during this crisis has been the use of executive orders with the claim that these orders qualify as law.  The fact that numerous of these executive orders have been struck down by the courts as illegal or have been overturned by bipartisan legislatures as executive overreach have shown that these executive orders do not qualify as "ordinances," nor were they "promulgated by the proper authority," to say nothing of their questionable value for "the common good."  They were not laws in any sense of the word and hence did not need to be obeyed.

But while it's one thing to see some arbitrary rule as a non-law, it's quite another to be obnoxious about your opinion.  If a business states that you must wear a mask in order to enter, you are free to go somewhere else.  Depending on the store and the part of the country, you might face no resistance whatsoever if you enter a store unmasked.  But if you have to get into a confrontation every time you enter a business, it's not a good use of your time (or that business's): either wear a mask or go to a business that doesn't require masks.  Don't mistake your anti-mask virtue signaling as some sort of Christian badge of honor.  It isn't.

The same goes for the vaccine.  You can see people posting on social media that they will "die before taking the vaccine."  Apart from the problem of calling untested mRNA devices "vaccines," there is the fact that there is not a single government in the world that has mandated the vaccine for their entire citizenry (yet), nor is there any clarity on vaccine passports (though, I can hear Klaus Schwab rubbing his Bond-villain hands even from here).  Sufficient for the day is the evil thereof.  Instead of anticipating future events, and putting yourself forward as a "martyr" to them now, focus on today: are you living as a Christian so that if you are called to account you will have been able to acquit yourself as a profitable steward?  Don't mistake your strong opinion about the so-called vaccines for Covid as a foreshadowing of your pending glorious martyrdom.  It isn't. 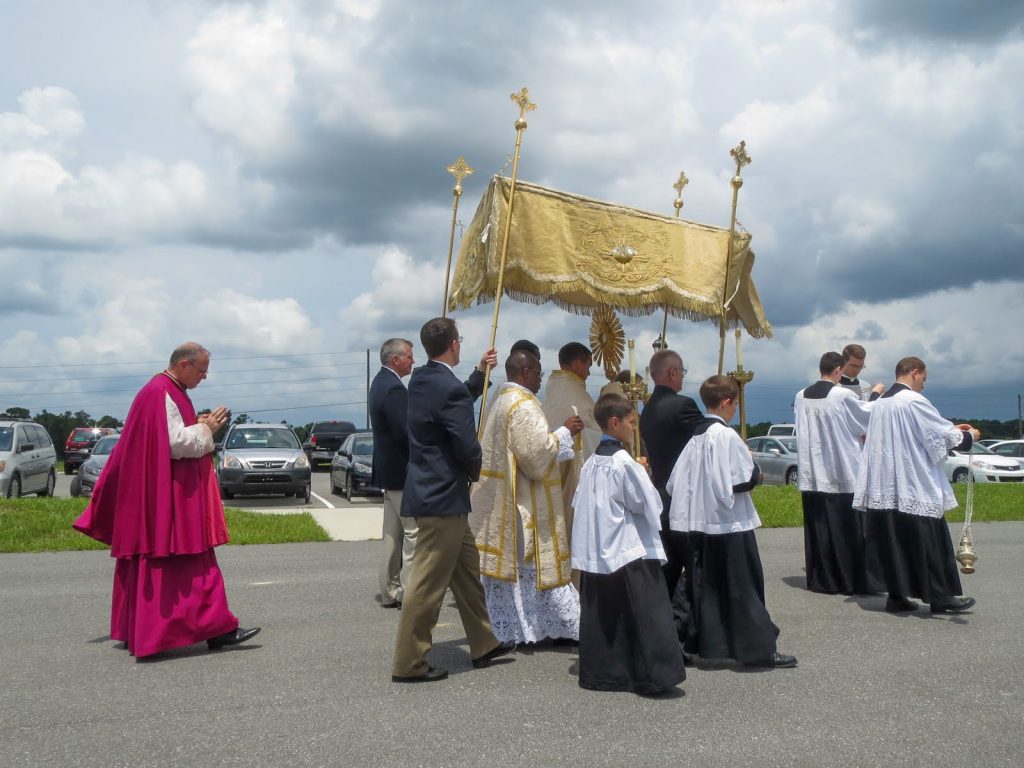 Reading the Martyrology every day can be quite an experience: you can feel chills run down your spine or sensations in your body as your neurons anticipate just what it would be like to even contemplate getting your tongue torn out, or having pitch poured down your throat, or having body parts cut off, or being fed to wild beasts.  Whenever I read these accounts I ask God to give me the strength to bear all these trials if I am ever called on to bear witness to the Faith. I certainly wouldn't post on social media about my future martyrdom: I only pray to God to be worthy and able if such an event comes to pass in my life.

Having recently emerged from Holy Week, the memory of Our Lord's silent compliance with His unjust murderers should be fresh in our mind and is an apt example for the world of lies we live in.  Surely we are called to bear witness to the Faith, and when we are called to, then we may "clamor like lions...if we have the spittle for it."  But until that time, we are called to bear all of these unjust goings-on, which we surely deserve for our sins.  The corresponding secular punishment for the religious state of sede vacante has arrived.  It's a "new normal" we have long and richly deserved.  Do not push away the chalice that is being offered to you.