In a Land Far Away

“I listened, and each passing minute,

I heard in the lands far away

I heard all who knelt down to pray.

Pray the same as I prayed, and the angel,

And the same as the Christ of our love –

“Good morning, Father!” I nodded at him but had to continue making my way down the aisle till I had reached the number indicated on my boarding pass, offloaded my bag into the overhead locker and ducked into my seat to make way for the people behind to flow past. Boarding a plane is not exactly the ideal time to stop and have a chinwag with someone, even if it is Father Cekada. He had looked up from his seat and greeted my mother and I smilingly. It was pretty “neat,” as they say in America, to be on the same flight as Fr. Cekada that day, and I like to joke, probably too many times now, that instead of counting the number of seat rows between us and our closest emergency exit we counted how many to our nearest priest. How blessed we are, I thought to myself as the aircraft taxied out to the runway, how truly blessed to have such dedicated clergy. To be quite frank, I wouldn’t cry myself to sleep if someone told me that I was to never again go through airport security checks or hear the robotic question of aerosols and explosives, and that being after just one international trip and the occasional domestic skirmish. It is not very pleasant. Yet our clerics soldier on year in, year out, flying here, there and everywhere, often on a regular circuit. The flight destination of this particular trip was Tampa, Florida, a journey that must be as hackneyed and commonplace to him as it was unfamiliar and novel for me. Fr. Cekada was going to be teaching at the seminary as is his routine, but, not being the Novus Ordo, my mother and I had quite a different reason for flying south. Brooksville was about to witness True Restoration’s first ever member meetup and, sure as Florida is flat, we were not going to miss it!

The familiar faces of Stephen Heiner and Jason Guardiano were a welcome sight in the front of the people-mover that pulled over at the curb to pick up and remove us from the humidity and traffic din. Tampa airport to the hotel in Brooksville was a route well-worn by those two True Restoration drivers by the completion of the member meetup. It officially began on Thursday with the arrival of the other attendees; I met eleven members and it was fantastic getting to know them, their situations, the way they came to be where they are now and just enjoying general chat over the weekend with other Catholics. The bond of those united in the Mystical Body of Christ is a strong one and it makes the usual barriers and differences of age, nationality and culture seem as nothing.

There was a brief meet-and-greet session in the conference room of the hotel when we all introduced ourselves and gave our reasons for attending the meetup, after which Stephen announced the departure time for dinner at Cracker Barrel, “Where we will be joined by a special surprise guest,” he added with a smug grin, I’m sure greatly enjoying the members’ obvious curiosity, almost as much as their shocked delight when the ubiquitous Fr. Cekada appeared and began chatting and shaking hands. It was a superb meal with which to kick off the meetup. Not only was everyone well-primed for eating, it being the vigil of the Immaculate Conception and a day of fast, but the unexpected opportunity of meeting a cleric of Fr. Cekada’s renown was a precious one. As an Australian, the Cracker Barrel was a great “American South” experience; trying okra, a small zucchini-like veggie, in deep-fried pieces was a first and our tall, slow-speaking waiter provided easy-going but excellent service, at one point turning to the waitress who had come up behind him bearing the next tray of food and quietly exclaiming, “God bless you.” Wouldn’t see that back home… The True Restoration team chauffeured those of us who did not have our own vehicles to the seminary to end the evening with confession and back to the hotel to rest up for the big day on the morrow. 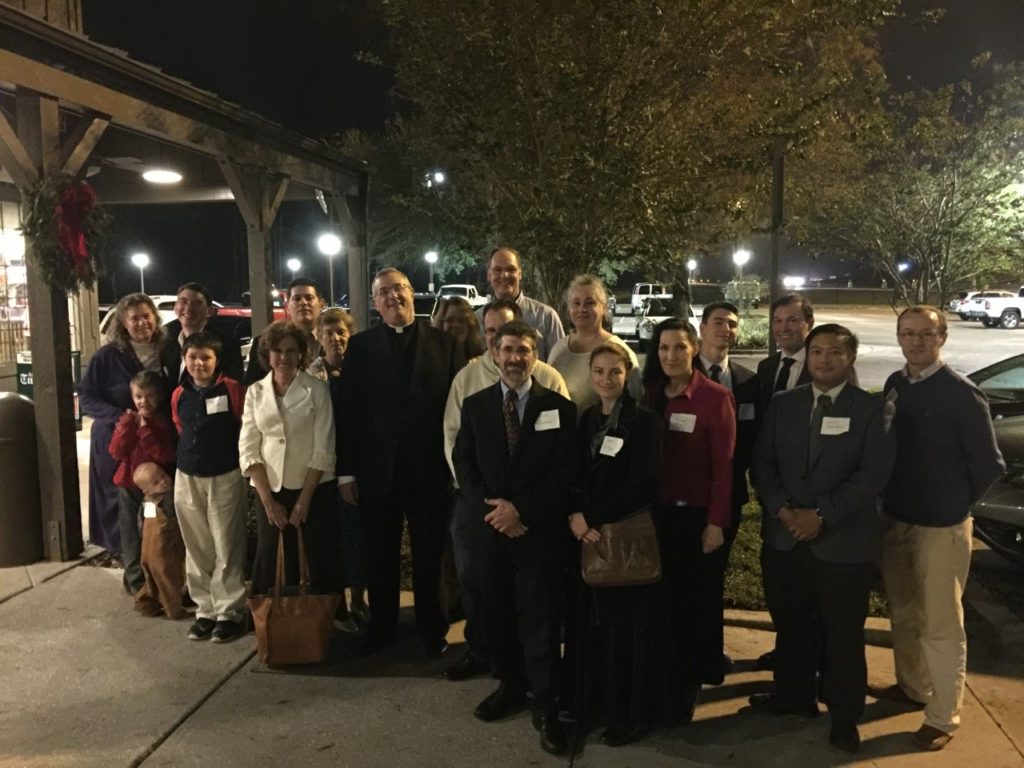 Friday dawned pleasantly cool. It was a privilege to be celebrating the feast of the Immaculate Conception of Our Lady in the far away land of USA, of which she is patroness. “Hail, Mary,” an angel had cried out the Blessed Mother’s praise long ago and I know angels were singing that day as Father Despósito offered Solemn High Mass. Man’s oh-so-advanced technology had sent my body flying thousands of feet high, an altitude at which I had recently been for more hours than I care to recall. However, that Mass had my heart and soul elevated and soaring higher than any manmade contraption could ever compare to, what with the Sisters’ singing the exaltations of Almighty God and His Immaculate Mother; it is what man was made for and what more could a person want than to spend his life as one of the grains of incense, so to speak, that glorified God as it burned to death in the thurible, produced clouds that billowed up and were illuminated by the light shining through the stained glass windows for one minute before fading away, having thus served its purpose? Sometimes, though, we don’t take very kindly to being lit and refuse to catch fire. “God permits evil only when a greater good will follow from it,” said Fr. Despósito in his sermon, reflecting on the happy fault that rendered the very great good of Our Lady’s existence necessary, a truth we would do well to take to heart in this era of the aftermath of Vatican II. 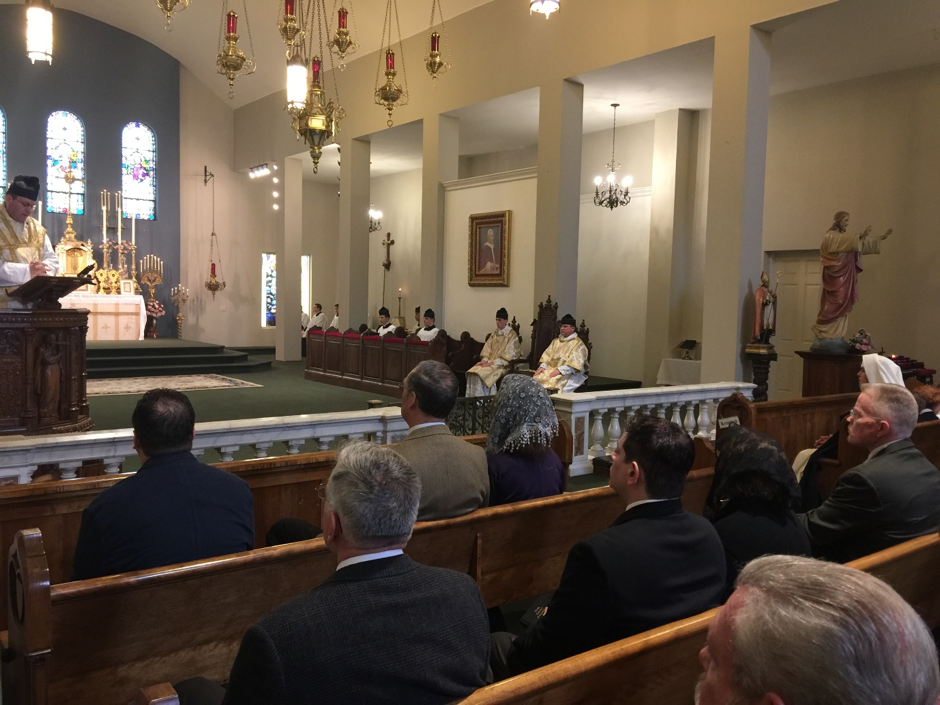 Donuts and sandwiches back at the hotel were eagerly consumed before Matt Gaskin gave his informative discourse on the 16th century Yorkshire uprising, the Pilgrimage of Grace. Afterwards, Stephen took the stage to present first a talk on the French Revolution, dissimilar to the modern world’s sanitised version, and then an interesting lecture about the Blessed Carmelites of Compiegne. (The conferences from the Meetup will soon be available to members on https://www.truerestoration.org/.) Dinner was followed by the recording of the Season Six Wrap-up episode in which all the members were invited to participate with comments and/or questions; you’ll notice some hitherto-unheard voices and important announcements in that podcast. Did I forget to mention that we attended Solemn Vespers and Compline to continue celebrating the holy day? 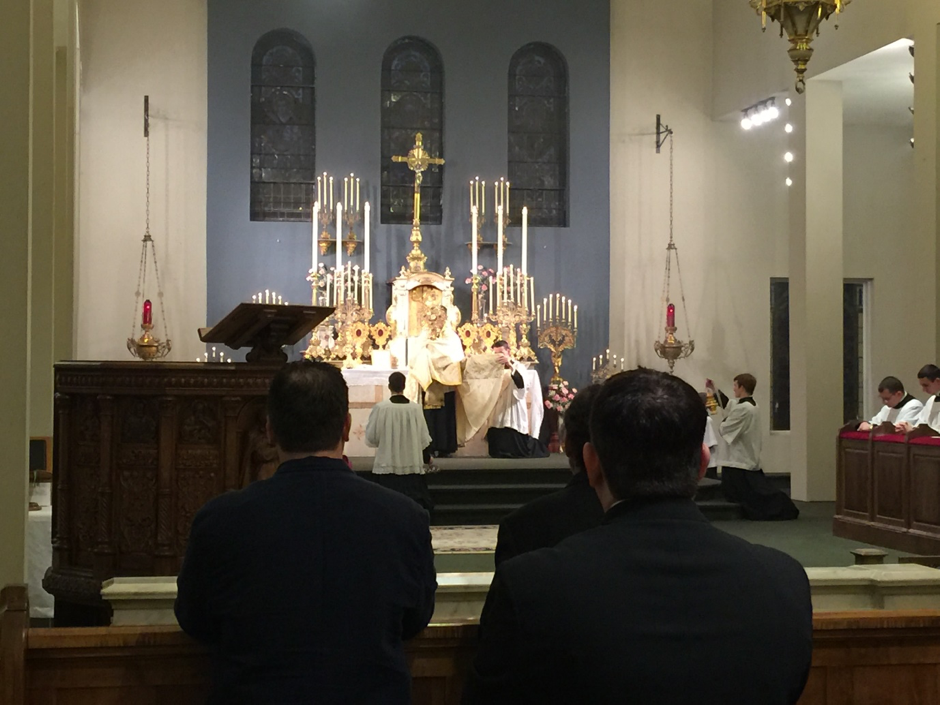 Beginning Saturday with Mass, of course, we were treated to Fr. Despósito’s detailed two-part talk on mental prayer, which I very highly recommend, an impressive barbecue lunch with him, Fr. Fliess’s oration on the spiritual life and the opportunity for each member to have a private conversation with either priest. One of the highlights of the weekend was definitely the presence of His Lordship Bishop Sanborn and Fathers Selway and Despósito at dinner that night! The True Restoration team put on an awesome spread to match the distinguished company and an official question and answer session with the clerics followed, in which such subjects were broached as the upcoming episcopal consecration of Fr. Selway, the recent establishment of Fr. Eldracher’s residence in Australia and what Most Holy Trinity Seminary has to expect from and look forward to in 2018. 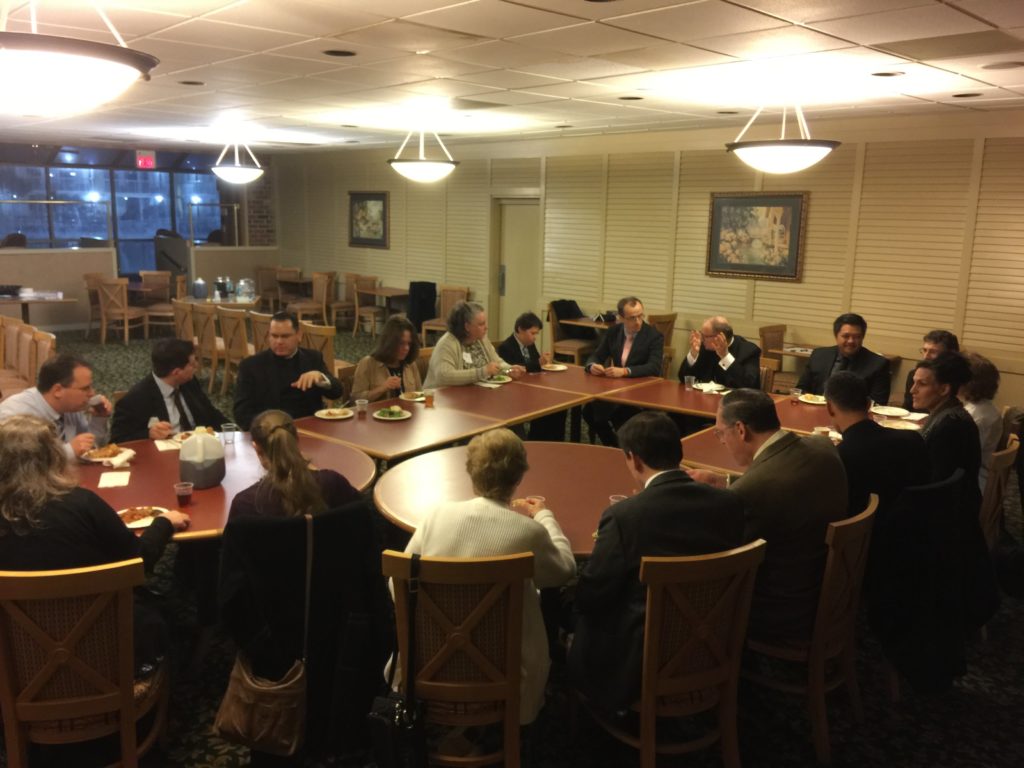 Sunday morning marked the official end of the member meetup. Depending on our departure times, some of us went to the earlier Mass while others were able to attend the later High Mass. The trip was certainly well worth the long-haul to a land far away from home and I want to say what a pleasure and how encouraging it was to meet the other participating members. Also, I appreciate all the behind-the-scenes effort and work that resulted in an extremely successful event; after paying the single lump sum it was absolutely great to have all meals, snacks, drinks, accommodation and transportation to and from the seminary chapel provided. Having seen the seminary and met many of the clerics, True Restoration members, the Sisters of Saint Thomas Aquinas in Brooksville and several of the local families, I have returned home greatly edified and grateful. “God permits evil only when a greater good will follow from it,” and perhaps the greater good following from the great apostasy of our time is the strengthening of the faith of those still holding on; one can only hope. To the True Restoration team, members and all the other friends I made all the way in USA, I encourage you to keep fighting the good fight and, in the words of Saint Thomas More, to “pray for me as I will for thee, that we may merrily meet in Heaven” (if I don’t see you again before then)!

Genevieve contributes to the True Restoration Blog from her home in the mountain bushland of Victoria, Australia. She was born into a big, Catholic family in which there is never a dull moment.