In this episode, Father and Stephen discuss heliocentrism and geocentrism from the perspective of what the Church has taught and what is permissible to hold. The Galileo case is briefly recapped and a few words are said as to why “Flat Earth Theory” seems to have gotten some attention in recent years. 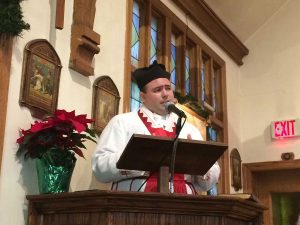 A special note of thanks to Nicholas Wilton for allowing us the use his music for this series. You can find out more about Mr. Wilton and his beautiful compositions here.

Pastoralia℗ is a Production of Member Supported Restoration Radio. Copyright 2020. All Rights are Reserved.