True Restoration is proud to offer an ONLINE EXCLUSIVE opportunity to purchase hardcopies of: 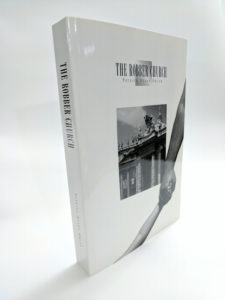 From the words of Father Lawrence S. Brey in the Foreword:

“In my Foreword (dated March 12, 1968) to Patrick Henry Omlor’s Questioning The Validity of the Masses Using the New, All-English Canon (commonly abbreviated as 'QTV') I spoke of a new era of darkness launched on Sunday, October 22, 1967. On that 'Black Sunday' the new, all-English canon -- produced by the International Committee on English in the Liturgy (ICEL) -- made its debut in the United States. It was, as it were, the 'et tenebrae facta sunt' of Calvary once again. It is now 1997, the 30th Year of Darkness, truly an unhappy anniversary, a tragic milestone.”

“In QTV the author demonstrated the ICEL’s destructive mutilation of the sacramental form by rendering “for you and for many unto the remission of sins” as “for you and for all men so that sins may be forgiven.” It was the 'pro multis' argument that is now so well known.

Within a short time after the initial appearance of Questioning The Validity..., it would be found in the hands of priests and laymen, families and youths, all of whom, by the way, went through a great re-learning process at the time. Previously many of us hardly ever thought about or even knew about Quo Primum, the Catechism of the Council of Trent, De Defectibus, or St. Thomas’s Summa Theologica and its discussion of the sacramental form of the Holy Eucharist. QTV became a handbook, a vade mecum, for those who now hoped to expose and inform others about the ICEL’s forgery of Christ’s Words in the wine-consecration.”

“It should be kept in mind that QTV, Omlor’s early pamphlet Has The Church The Right?, and the majority of the issues of his journal Interdum dealt with the 'pro multis' invalidity problem in the all-English Canon of October 1967. It was not until about eighteen months later (April 1969) that Paul VI promulgated his Novus Ordo Missae (New Order of the Mass).”

“In his subsequent writings Mr. Omlor addressed the invalidating defect of intention of the FRAMERS of the Novus Ordo Missae, based on principles laid down by Pope Leo XIII in his Bull Apostolicae Curae (1896). And in his recent short book. No 'Mystery of Faith' : No Mass, he demonstrated the invalidating effect of Paul VI’s deletion of the words 'the mystery of faith' from the wine-consecration form, simultaneously pointing out the inescapable corollary that a true, bona fide successor of St. Peter could not possibly promulgate and officially approve a 'Mass' that is patently invalid.”

“Perusing the pages of this Opera Omnia will enable the reader to trace through and analyze the assault upon the Mass and the concomitant tide of destruction wreaked upon Catholicism by the agents of the Robber Church. Doubtless this golden handbook of ad rem theological hammering will serve as an antidote against the damage already inflicted and continuing to be inflicted daily by the onslaughts of the Modernist Innovators. May it also serve as a beacon of light and hope by opening many more eyes to the brutal realities of the bogus 'New Mass' and the other crimes of the Robber Church.”

More than twenty years later, we are now past the 50th Year of Darkness - an even more tragic anniversary and milestone has come and gone!  Though Patrick Henry Omlor has passed into the next life, let the light of his research and writings shine through once again to a new generation of Catholics to pierce the veil and break the spell, for once and for all, of this unspeakable tenebrosity!

Order your copy of The Robber Church. Strictly limited number available at this price!