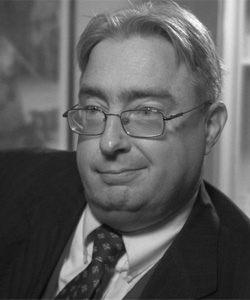 On this month's episode of Catholic History with Charles Coulombe, we will be discussing the life, image, figure, and aura of mystique surrounding the 35th President of the United States, and the first Catholic to hold that office - John Fitzgerald Kennedy (1917-1963).

Serving as the backdrop of this discussion, we will listen to various parts of a speech given by Kennedy on September 12, 1960 as a Senator from Massachusetts to a group of some 300 Protestant Ministers of the Greater Houston Ministerial Association at Rice University. This speech, as horrific as it is, will serve to show us the contradiction of John Kennedy as a Catholic, as a politician, and as a man. This discussion would be incomplete without using the occasion of this speech by Kennedy to illustrate the religion of Americanism, and how almost every element of it has been adopted and codified in the minds of the American Catholic. 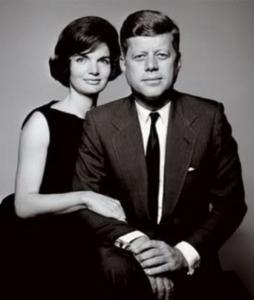 A study of John F. Kennedy is also incomplete (and inaccurate) without discussing the patriarch of the Kennedy family, Joseph P. Kennedy, and his immense involvement in crafting every detail, funding every political step, and influencing political regions, for the political success of his son.

Kennedy's carefully crafted image, as well as his educational and military record as a Navy officer will be looked at and what those credentials meant in a post-war era in the United States as it related to one's political success.

However, the largest contradiction perhaps about Kennedy (and one that we will discuss at length) is that despite his assurances that he would not govern as a Catholic in the disgusting speech he gave, despite his many personal moral failings and decades-later revealed sins of infidelity, Kennedy's administrative decisions as President were indeed carried out in a manner more or less guided by his Catholic conscience; sometimes more, sometimes far less.

We have to talk as well as the aura of "Camelot," the name affectionately given to the Kennedy-era in the White House and the public view of the First Family. We talk about the influence of the elegant and charming nature of Jacqueline Kennedy in the public eye, and the Kennedy siblings as a whole. 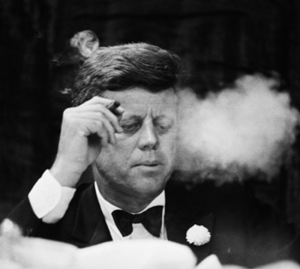 We will then highlight the five main incidents in Kennedy's administration and how almost from day one, he was at odds with his cabinet, military, and national security advisors. We examine the Bay of Pigs incident of 1961, the Cuban Missile Crisis of 1962, the two National Security Action memorandums which Kennedy signed; which challenged the Federal Reserve's grip on money and called for the withdrawal of troops from Vietnam. Of course, we also must highlight Kennedy's disdain for the Central Intelligence Agency and his desire to see it end.

Lastly, we wrap up with a brief reflection on November 22, 1963 when Kennedy was assassinated in Dallas, Texas and what that meant for America and Catholics in general.

Join us as our distinguished guest Charles A. Coulombe talks with host Justin Soeder about this complex topic of President John F. Kennedy and its place in the chapters of Catholic History.

Catholic History with Charles Coulombe℗ is a presentation of the Restoration Radio Network. Copyright 2014. All Rights are Reserved.