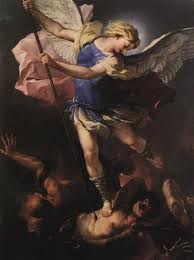 On this episode of the the Flagship Show, join us for one of the most lengthy and in-depth programs we have ever done on the Restoration Radio Network. This show will introduce a gentleman who tried a vocation in multiple modernist seminaries of the Novus Ordo sect in the Archdiocese of Toronto, Canada in the 1980s, only to find out the evil and unspeakable reality behind them. Mr. John Thomson will explain in great detail the places, events, heresies, evil, unbelief, unnatural vices, modernism, Marxism, atheism, and scandal beyond imagine revealed by both seminary faculty and seminarians alike, while he stood in disbelief as he watched what he thought was the Roman Catholic Church demonstrate a complete abandonment of the Catholic religion before his very eyes.

Mr. Thomson will guide the listener through the entire process, from discerning a vocational calling, to visiting the seminary, to being admitted and the process which that required, the hatred for anything other than Vatican II, the unbelieving seminary professors, the heresies taught, the abominable acts occurring, and much, much more. If you have a loved one in a Novus Ordo seminary, this episode is a must listen.

He will then tell us about his time, having left the modernist seminary, in the seminaries of the Society of St. Pius X during which time, Archbishop Lefebvre died and he witnessed a tidal wave of changes after that event.

Join us as host Justin Soeder and co-host Nicholas Wansbutter allow Mr. Thomson to explain his journey, and make his confessions of what he endured as a Novus Ordo Seminarian. This episode is not for little ears.

The Flagship Show℗ is a Production of the Restoration Radio Network. Copyright 2014. All Rights are Reserved.