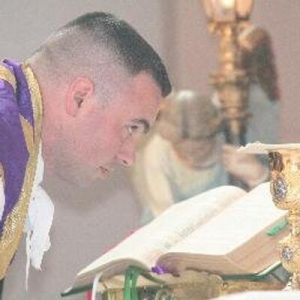 In this episode of Pastoralia, we take a few steps backward from our look at Catholic child rearing to discuss the Catholic ideal of courtship.

Blind and infatuated worldlings date in order to date, with perhaps only the remotest thought to the permanence of marriage. Why, then, does a Catholic not merely date for the sake of dating? We begin our episode with a look at the purposes of courtship, which extend well beyond compatibility testing.

Next we speak about the spiritual aspect of courtship and, for all the good which may come out of it, the necessary near occasions of sin it requires. How is a Catholic to court virtuously?

Before moving any further, armed with the knowledge of the purposes of courtship, Father discusses who is — and who isn't — someone to pursue in a courtship. Avoiding stock answers, we look at not only the most basic requirements, without which a marriage would lack a common foundation, but, beyond the necessities and although not strictly required, how compatibility between two potential spouses is something not to be dismissed as somehow worldly and uncatholic.

Knowing why and with whom, we then ask when is the right time to consider marriage, to which the whole of courtship is directed. Is a difference in age fatal to the endeavor? Is it to be desired? How does maturity factor in?

On the topic of maturity, we confirm that the man who fails to pursue a woman in a courtship, instead expecting her to engage him, not only hasn't met his responsibility as a man, but probably did not deserve the chance he wasted in not approaching her in the first place. A harsh truth indeed! This manliness (action, not braun) required for courtship, has long been under fire by those who preach equality of the sexes.

Once a couple has entered into a courtship, we discuss how long a courtship (and eventual engagement) should last. During that time, is constant chaperoning required as the virtuous thing to do?

Finally, we close our episode with family issues which may arise during a courtship. Should the idea of "marrying a family" be an issue — especially if the family doesn't like you or your family doesn't care for the person you've invited to Christmas dinner? What about objections voiced by parents against the potential marriage: Should this be fatal to the nuptials?

Pastoralia℗ is a Production of the Restoration Radio Network. Copyright 2015. All Rights are Reserved.